VIVAnews - Indonesia is enhancing tourism promotions to ten countries which are the biggest target in 2009 for increasing foreign tourists number up to 6.5 million people.

The Visit Indonesia Tour Officer (VITO) has been boosting the promotion and information on Indonesia's tourism destination in the ten countries.

Ten countries which contribute the highest number of tourists are, namely, Singapore, Malaysia, Japan, Korea, China, India, Germany, Dubai, and Australia. Apart from that, the present global meltdown can become an opportunity for Indonesia's tourism.

The director for Meeting, Incentives, Convention and Exhibition (MICE) of the Culture and Tourism Department Nia Niscaya said that the global crisis makes tourists heading for domestic and relatively close area. They will also consider the price range.

"The depreciated rupiah helps our tourism to be more competitive and becomes an opportunity in crisis time," she said after the prolongation of a memorandum of understanding (MoU) for the "Visit Indonesia" promotion in Jakarta on Friday, April 3.

Neighbouring countries' present conditions, such as Singapore which is quite affected by the global slowdown, have given a big opportunity to Indonesia for becoming one of the tourism alternatives.

Indonesia's location which relatively close compared to tourism spots in European countries is another factor that rises Indonesia's tourism values. 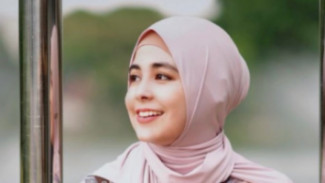